OUR CLIENTS ARE AMAZING.

We have worked with the £260 million shopping centre since it opened its doors in 2015. It was the largest UK retail centre to launch in that year and includes over 70 retail units, a Cinema, a dining offering, 1,300 space car park, along with cutting edge interior design and a layout which connects Little Germany to the rest of central Bradford.  Current retailers in the 570,000 sq ft Broadway include Debenhams, Marks & Spencer, Boots, Superdry, Footasylum, Schuh, Next, Zizzi, Topshop and River Island.

The Edit magazine is one of our favourite pieces to produce and includes seasonal A/W and Christmas issues as well as special mini issues for Eid and seasonal events. A mandate from the centre is that every piece of fashion, home, beauty, F&B or gifting included must be stocked in The Broadway to ensure availability for their shoppers. So our stylists select every single product in consultation with the retailers, and all the product and model photography featured is done in our in-house studio.

Over the last 3 years we have produced 100s of pages, selected and photographed 1,000s of products, and written over 100,000 words as part of the Edit magazine series. 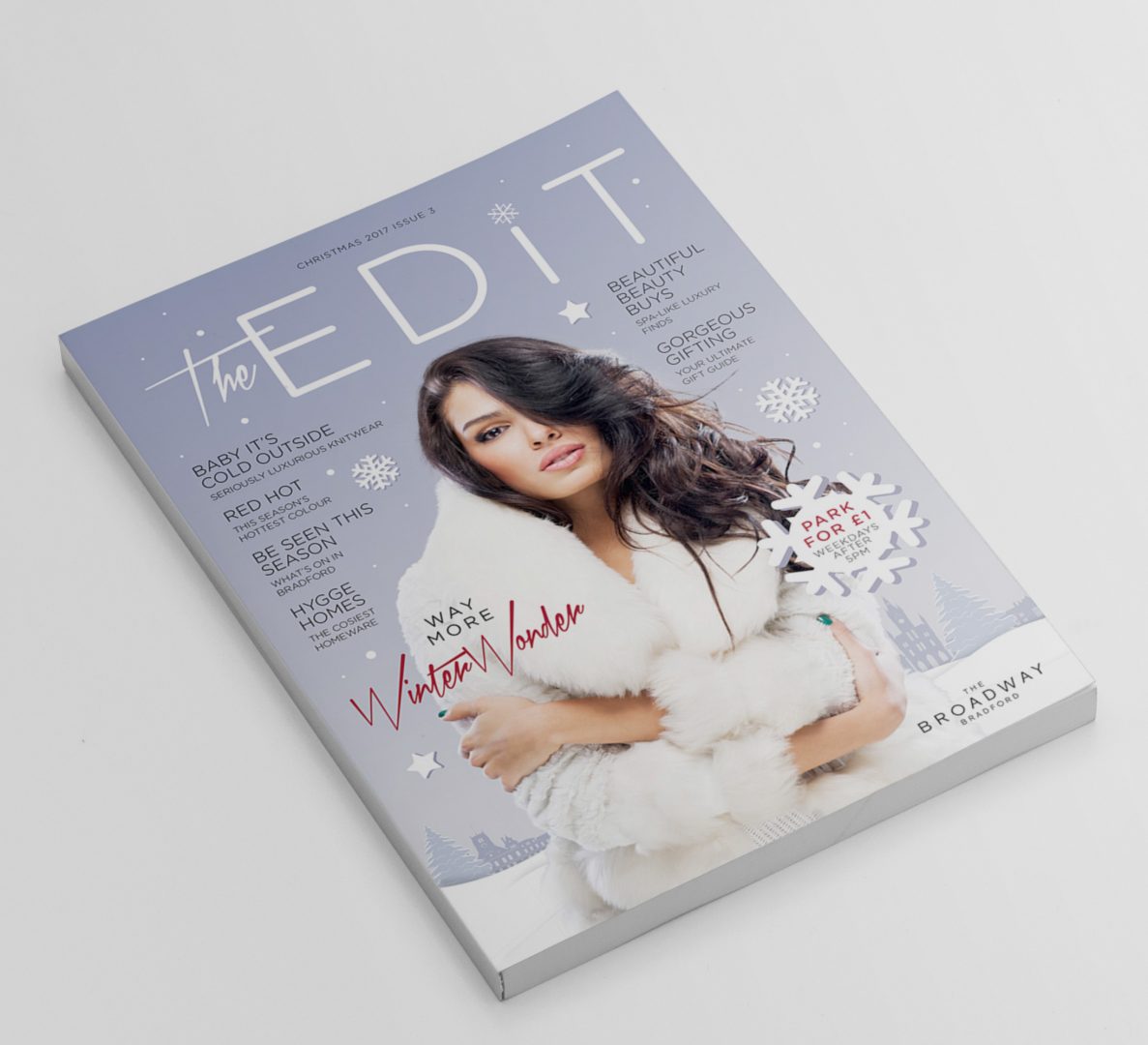 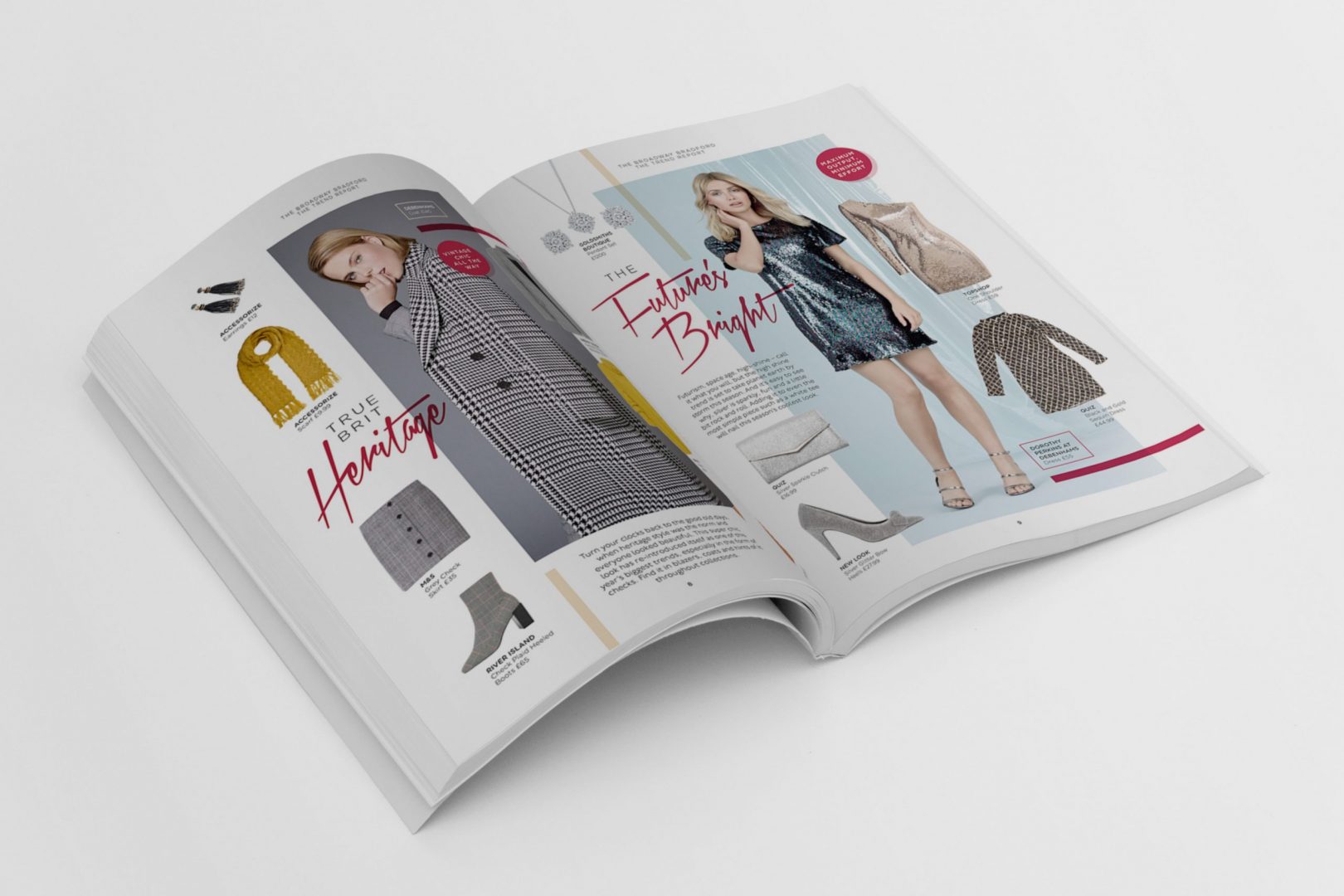 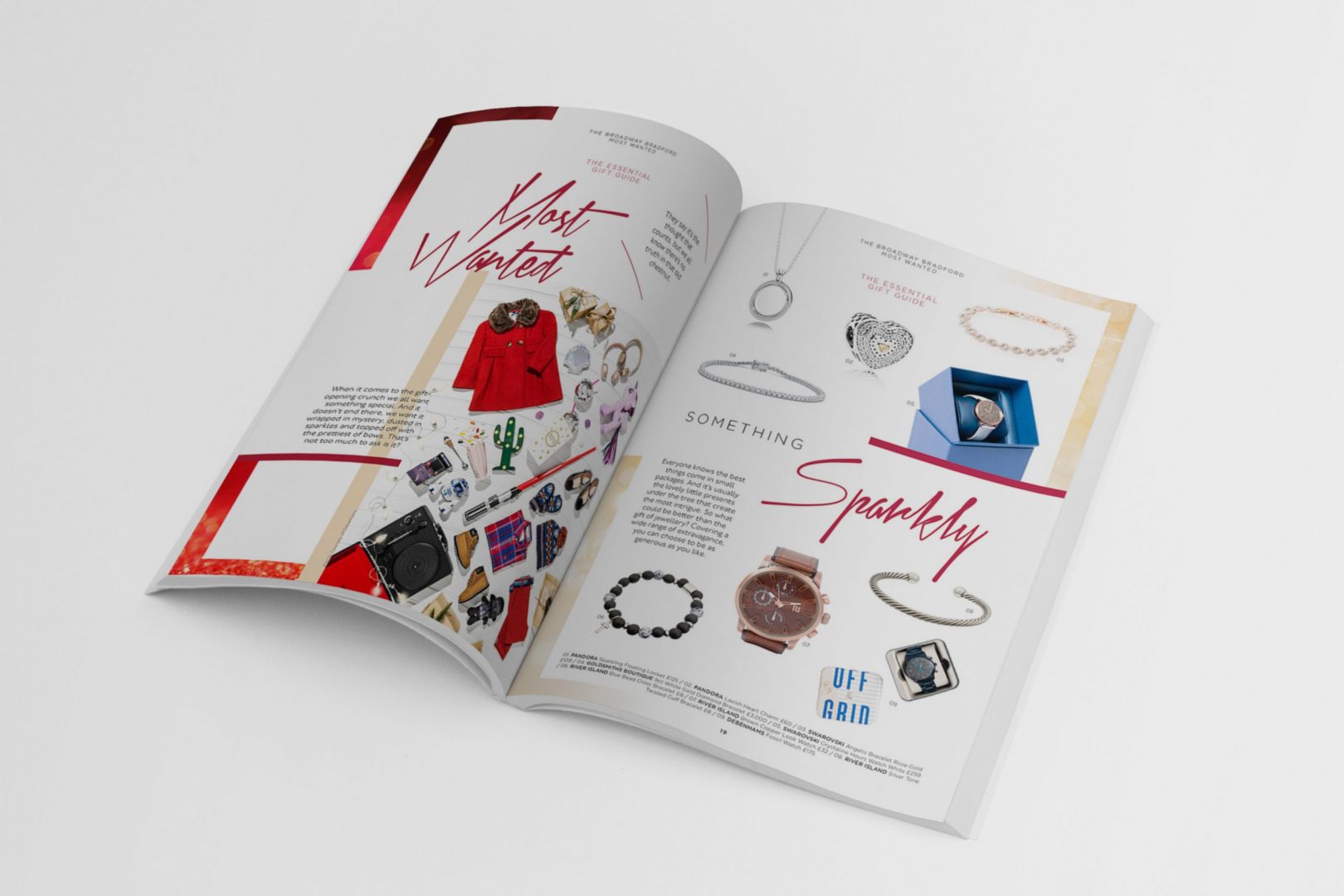 From videography and photography for all the centre’s major events, to engaging animations for both social media and digital advertising campaigns, we are entrusted to capture the excitement and pace of The Broadway’s varied event calendar.

Creating monthly blogs for the centre’s Broad Talk blog is fun but it isn’t our copywriters favourite pasttime. Why? They end up wanting to shop most of the pieces they are writing about! 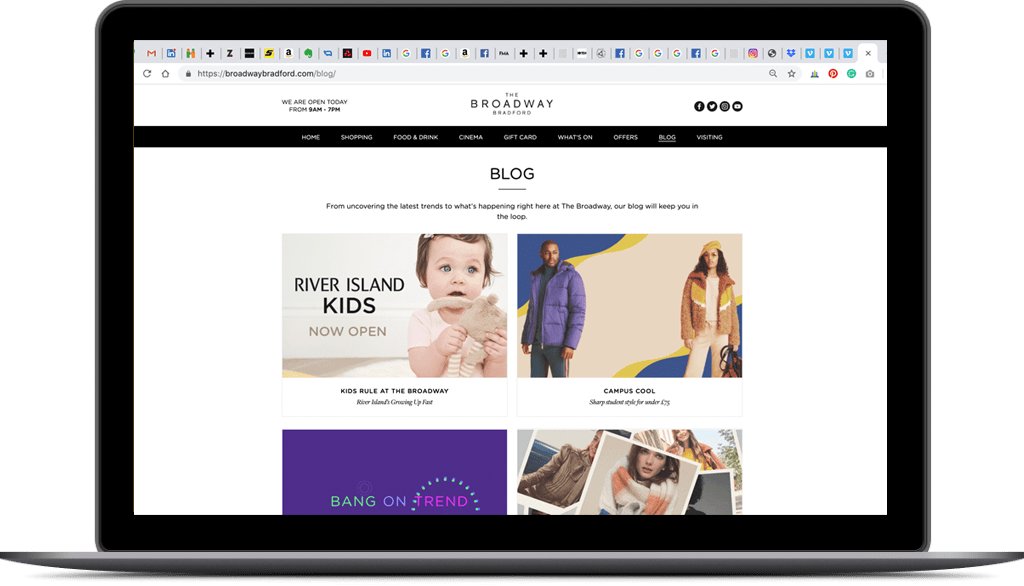 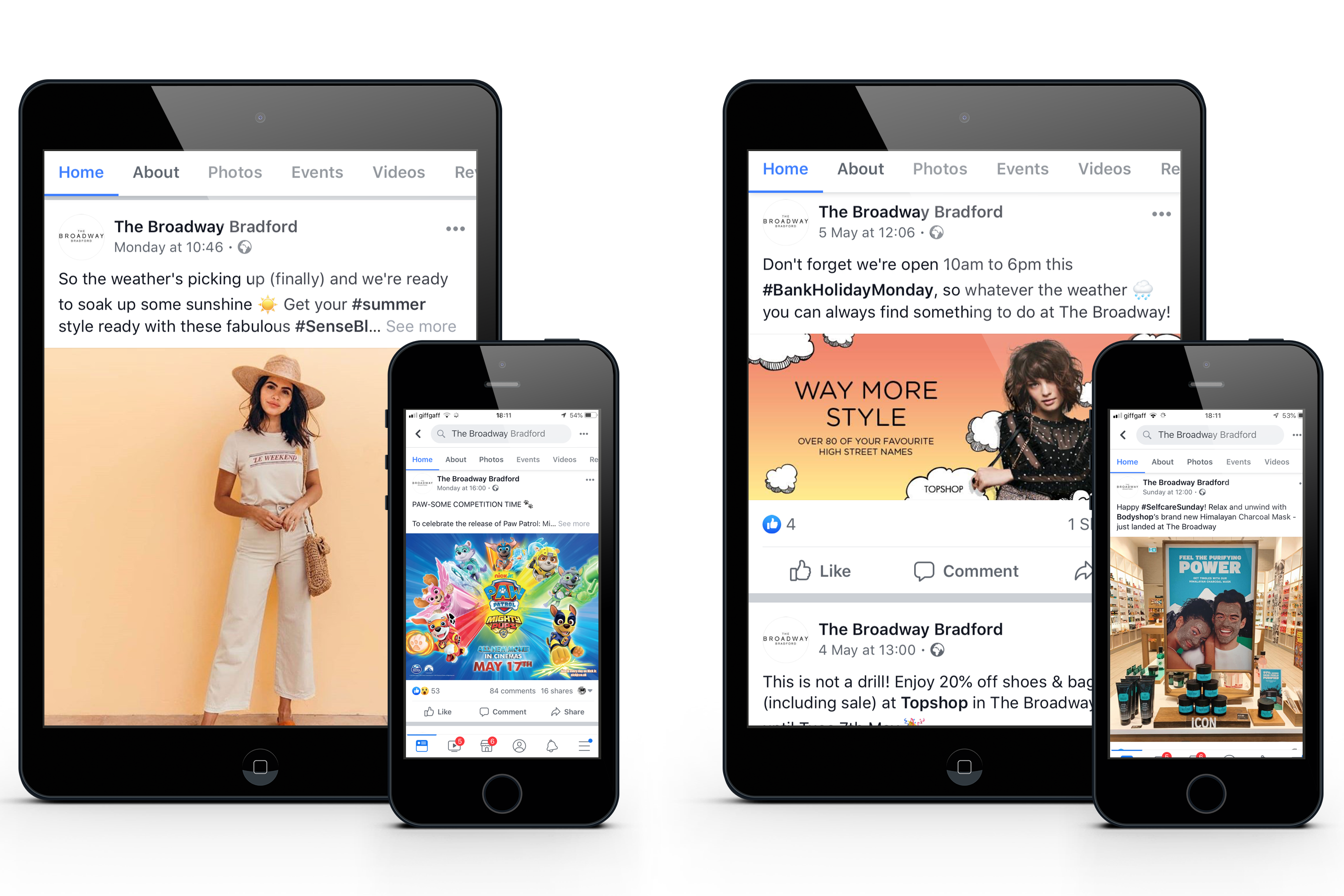 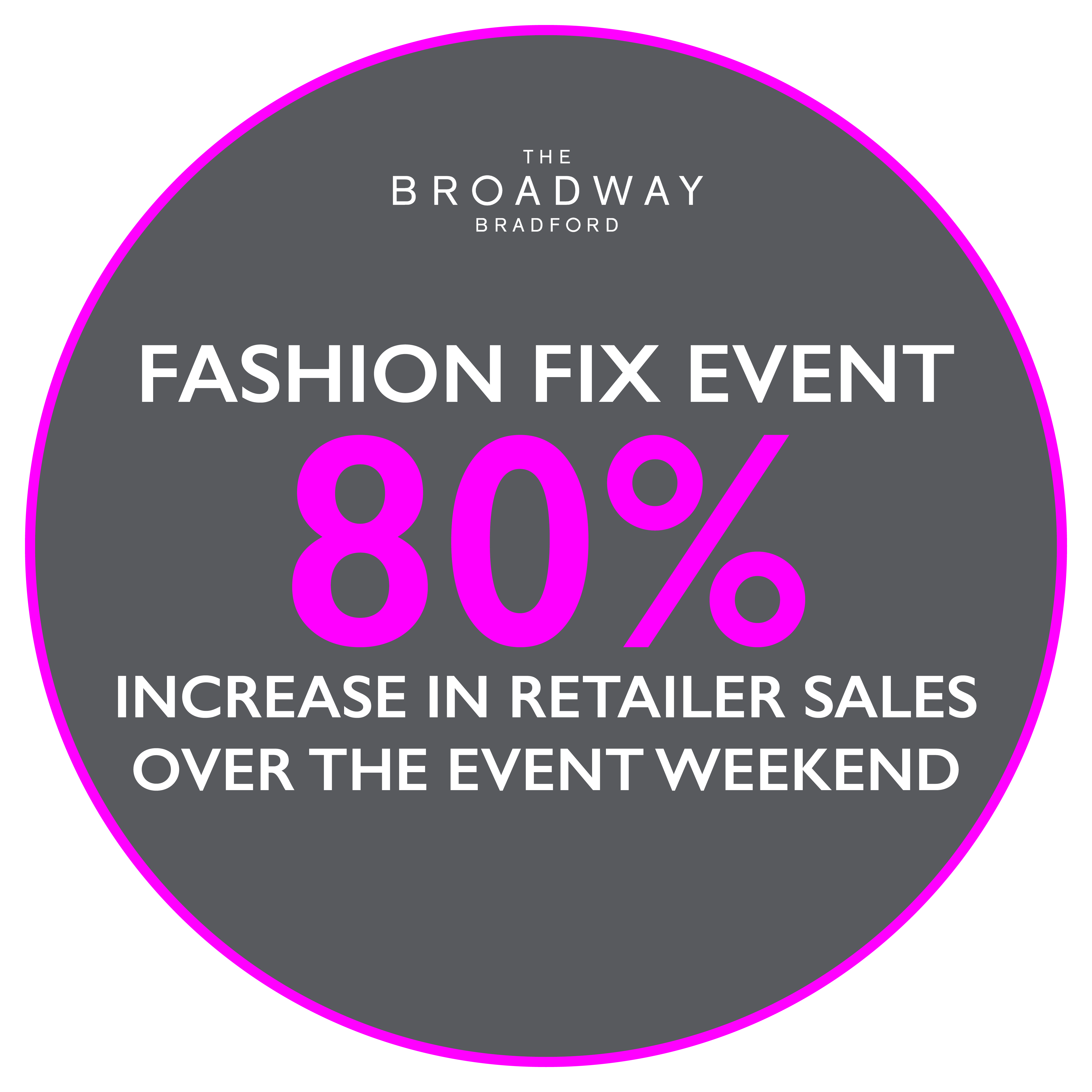 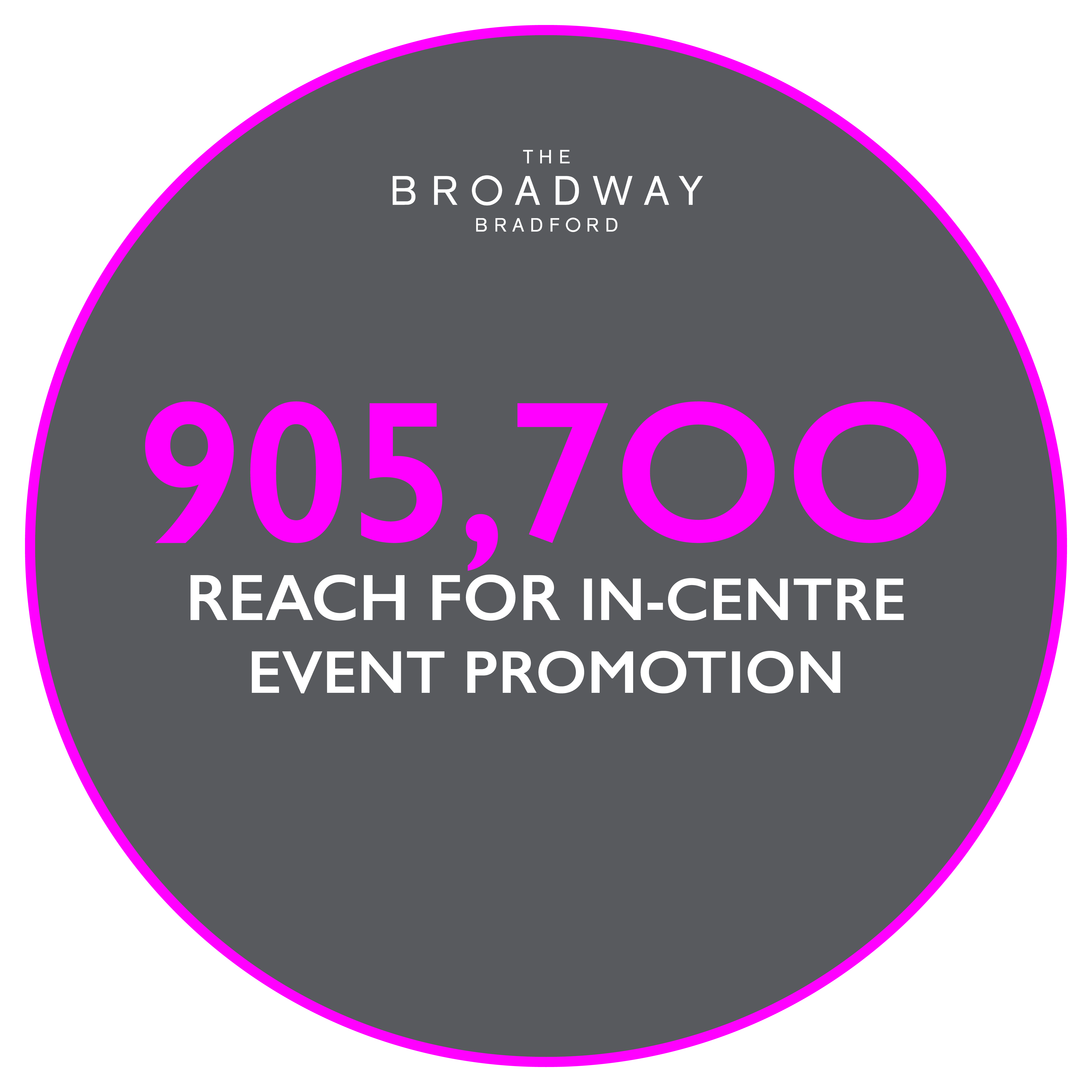 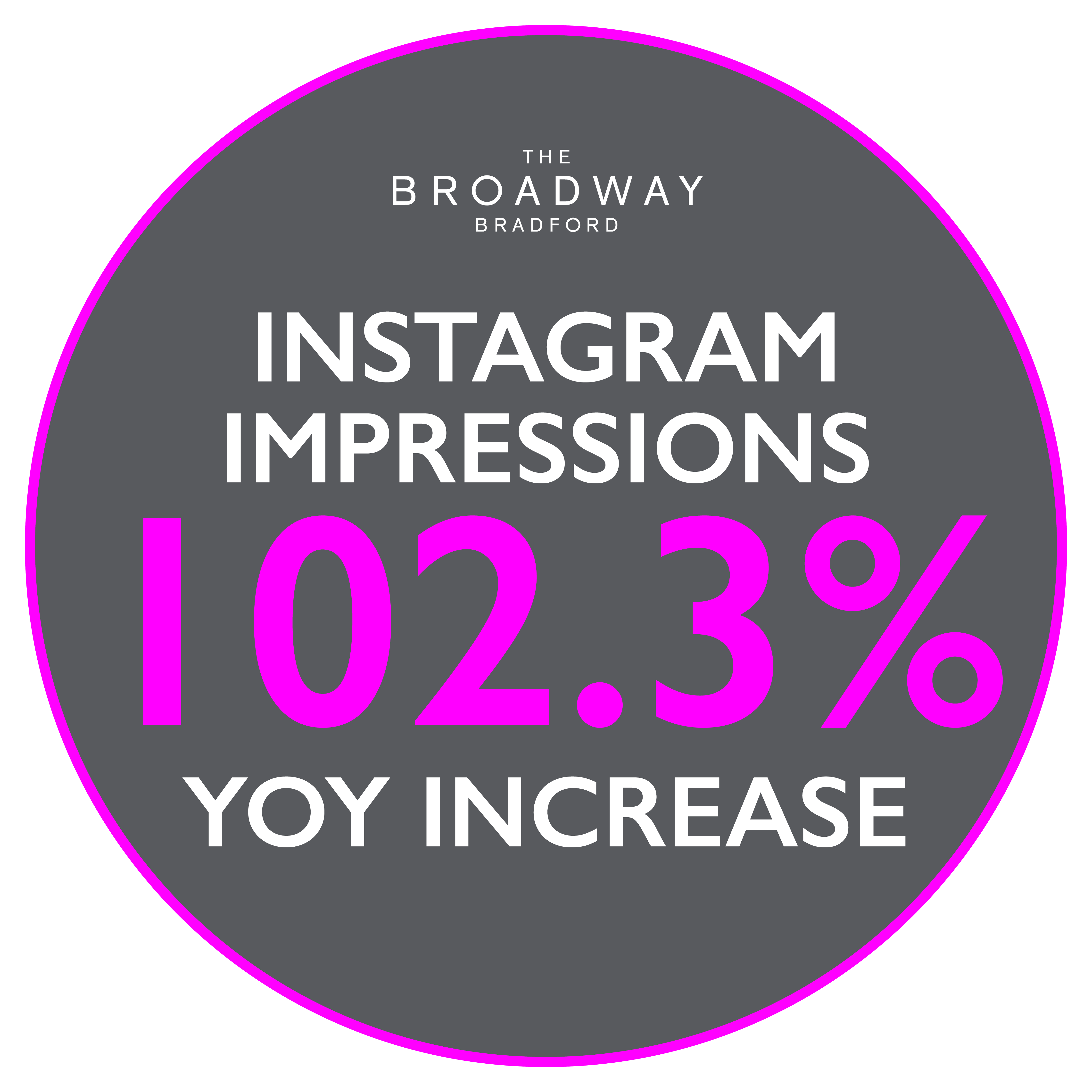